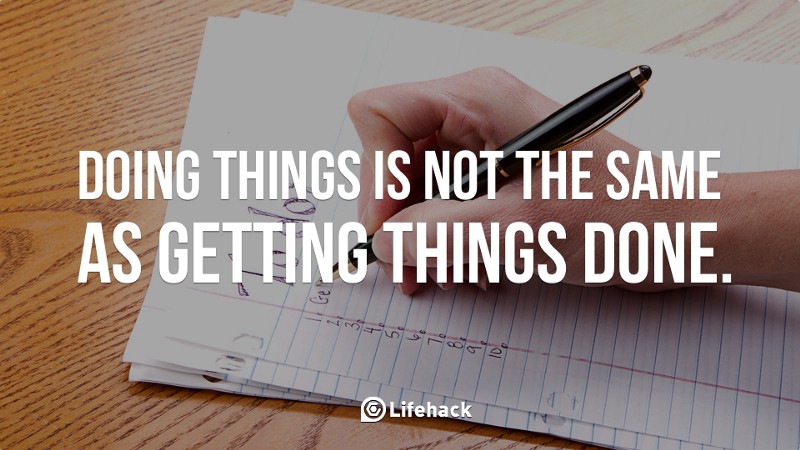 Deadlines. Projects. Meetings. Proposals. Assignments. We’re constantly racing against the clock to lessen our seemingly never-ending workload. If only we had 25 hours in a day! While that’s not quite possible, perhaps what we need is not more time but instead, better time management.

Time is as good as gold — efficiency counts and that means maximizing your results with the least amount of time. A good balance between work and play requires managing your time properly. After all, all work and no play makes Jack a dull boy. Here are 10 popular time management techniques to help you (and Jack) make time for the things that matter.

Developed in the late 1980s by Francesco Cirillo, the Pomodoro Technique is centred on the idea that work should be broken down and completed in intervals separated by short breaks. That is, you work for 25 minutes, then take a five minutes break. Each of these 25-minute periods is called a “Pomodoro”, named after the Italian word for tomato. (Cirillo had used a tomato-shaped kitchen timer, hence the name.) After 4 Pomodori, you take a longer break of 15–20 minutes. Of course, nothing should interrupt an ongoing Pomodoro.

The philosophy behind this technique is simple — frequent breaks can improve mental agility, letting you feel refreshed and recharged, ready to tackle new tasks. More importantly, it minimizes any distractions, which these days come in the form of a Facebook message or a tweet. Pomodoro forces these distractions to wait so that you can focus on your task. This also translates to higher productivity in getting work done, and you can have more time to do other things.

The GTD method, developed by David Allen, starts by getting the user to write down all the things he wants or needs to do, and then break them into smaller actionable items. The smaller tasks are finished immediately, and the bigger tasks are divided into smaller ones to start completing now.

Because the tasks are recorded externally, this method works first by focussing attention on the task itself, rather than on recalling them. The organization of tasks, for example grouping together similar tasks, allows them to be easily managed. It also reduces anxiety which is an all-too-common feeling when swamped with hundreds of things demanding our attention. GTD thus allows you to better manage your work and time.

Naturally, we tend to focus on tasks that are urgent. These could include some calls, interruptions or distractions — it’s hard not to reach for your phone when it blinks with a new message. The matrix helps to distinguish tasks that are truly urgent AND important, which should be attended to. On the other hand, we tend to neglect important but not urgent tasks; this could include exercise and vocation planning. Covey recommends that we focus on this quadrant to achieve effectiveness.

Also called the 80–20 rule, this principle states that 80% of the tasks can be completed in 20% of the time, while the remaining 20% of tasks will take up 80% of the time. In other words, 20% of your work will constitute 80% of your achievements. Tasks that fall into the former category should therefore by given a higher priority and doing so will help to increase productivity.

This principle is a useful tool for you to analyse where your time is currently spent, and subsequently determine where it could better be directed to ensure time is spent wisely. The analysis also encourages users to search for simpler and easier methods that are less time consuming to complete each task.

Created by Anthony Robbins, RPM aims to transform your thinking by causing you to focus on what is truly important, that is, the results that you want. It also focuses on the reasons why you want it. Constructing a flexible plan to achieve it is the next step. Robbins makes a distinction between real progress and merely checking things off your to-do list.

RPM thus aims to be more than just a time management system — it fosters personal fulfilment through the experience of your life journey.

168 hours — that’s the number of hours there are in a week. And that’s how author Laura Vanderkam proposes we look at our schedule — one week at a time. By reorganizing your time according to your priorities, you can cut down on misused time that comes from misplaced priorities or excuses.

Vanderkam believes that we actually have more time than we think and so we can devote more time to the things we’ve always wanted to do but never quite found the time to do so.

Steve Pavlina, self-help author, motivational speaker and entrepreneur, advocates a ‘do it now’ mentality. Whenever you’re feeling lazy when you know you should be doing something, reciting the mantra ‘do it now’ and actually doing it will save you a lot of wasted time. Set this text as your phone lock screen if you have to.

Pavlina explains that there’s extra cost in putting things off because you waste additional time mentally thinking about what you have to do — instead of doing it. Pavlina also lives by a 60-second rule for making decisions, whether big or small. Don’t waste time thinking about which assignment to do — pick one and do it. There is no advantage in delaying decisions.

Hold up a second. Didn’t you just tell me to ‘do it now’? Mark Forster’s “Do It Tomorrow and Other Secrets of Time Management” challenges traditional notions of time management techniques. Forster recommends taking one task and focussing on it completely, which means ignoring the rest altogether. The rationale behind this is that we have 2 mind sets while doing things — rational and reactive. Your rational nature comes in when you’re focused on doing your task; reactive when you’re dealing with interruptions. Thus when interrupted (which often happens if you don’t completely focus on a task), you don’t just lose time when interrupted, you lose time switching between the 2 natures as well.

So where does the title of this method fit in? Forster advocates a “will do” list which is the list of things that you will do tomorrow. The “to do” list, on the other hand, is the list of things that you would like to work on. The lists are by no means rigid — when you need more on your “will do” list, draw from the “to do” list.

Brian Tracy’s “Eat that Frog” comes from a Mark Twain saying “Eat a live frog the first thing in the morning and nothing worse will happen to you the rest of the day.” So what does this mean? Your frog is your most difficult and most important task — the one that you are going to procrastinate on if you don’t do something about it. Doing this task first and getting it out of the way will make the rest seem easier.

Knowing that you’ve completed that most dreaded thing will give you the momentum to keep going and will give you a sense of empowerment.

This last technique isn’t a time management technique per se, but it’s a useful tip to feel refreshed so that you can keep going on. As oxymoronic as it sounds, a caffeine nap is actually backed up by scientific evidence. Studies have shown that the sleep-deprived need only a cup of coffee and 15 minutes of nap to feel amazingly refreshed.

So how does it work? After drinking a cup of coffee, immediately close your eyes and relax, limiting your nap to 15 minutes. Caffeine takes roughly 20 minutes to have an effect on your body, and so not only will it not hinder your ability to sleep, but it will kick in about the time when you are awakening. The result is a heightened state of alertness when you wake up, helping you to concentrate better. So, if you’ve been either downing cup after cup of coffee or sleeping the afternoon away, a combination of the two could work better for you.

Daniel is a Marketing Executive at ReferralCandy, and a sometimes writer-for-hire. He is madly passionate about entrepreneurship, marketing, and productivity. His byline can be found all over the web, but his home is at danieltay.me

That’s the thing about watching TED Talks — you always find yourself feeling a whole lot more energized, motivated and beaming with a kind of positiv...

It’s only recently that I have begun to appreciate the beauty of mapping my time — personal and (mostly) professional — with productivity apps....