The Simple Art of Breaking Down a Project 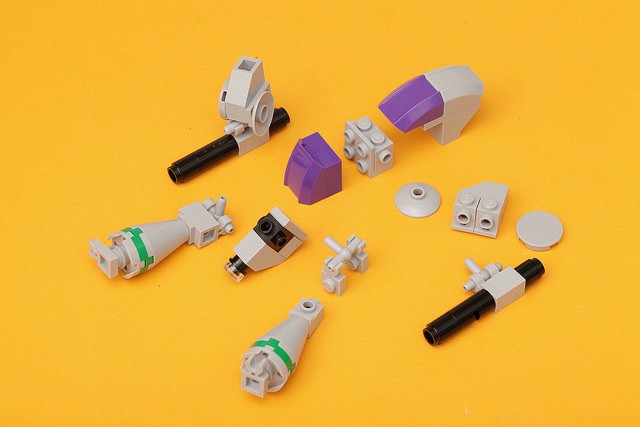 The time I first started working, I was overwhelmed by the prospect of doing one too many things at once. Day #0 at work was no cake walk and to be brutally honest, within five minutes of setting up I had a project assigned under my name.

Let me put things in a little more context here. This job was at a startup, they had 4 people in a team I was assigned to — all of whom had only recently raced the final lap to completing adolescence. We were all badly in need of some kind of a process to guide us through, and the only thing that came close to it was white board smeared with things to do for the week.

What I needed back then was a basic enough understanding of how to get started with a project assignment. Now that I think of it a project management 101 could have helped but that’s a thing of ‘could’ve, would’ve, should’ve’.

Thankfully, I am not so lost with my mammoth-sized assignments anymore. Thanks to ultra-modern technology that is apps.

I will admit I am not one of the App-obsessives who taken on the latest productivity fads the minute they see the light of day. But I do follow trends that incline to my interest areas and that is how I discovered the genius of Kanban.

If you have worked with a kanban system before (or not), understand that it basically helps break down your task into short term and long term actionables. Assign a time-frame to all of these deliverables and you have just created for yourself a simple, tightly put together project workflow.

Did you see what just happened there?

The Kanban allows me to break down a big task into smaller task-lets and that helps me chasse a gargantuan goal with much clarity and ease. The keyword to take away from this is ‘break-down’.

Breaking down a task/project into simple actionables allows you to chase a big goal with confidence, without all the intimidation being involved.

When you are able to bring in order and structure into an activity that is earlier devoid of one, the outcomes are far more controlled and every delivery point is accounted for. No one is left feeling lost and wondering what’s coming up, when and who’s going to own it.

The Art: It’s all about determining “What’s Next”

I read an impressive article the other day in HBR from back in 1972 that spoke of importance of production-line approach to the service industry. The premise of the article held that the only way to ensure quality and efficiency of service in the modern economy is to start treating service functions as a manufacturing activity.

This thought was radical enough back in the day and holds merit even today.

In providing a service, any service, there is factory that works behind the scene. This factory comprises of people (often large organized sets of people), paperwork and computers (to be point-blank) and these resources work in tandem (much like a manufacturing facility) to render a delightful experience to the end-user. So how about treating the act of delivering the service as an assembly-line of pre-determined actions?

In a manufacturing unit, an assembly line serves as the stage for hosting successive operations that are performed on it which eventually come together to deliver the final product in precisely measured time frame. If we could treat a service project the similar way — an assembly line of actions — the outcome can be assumed to have come out of a well-thought out organized center where everybody pitched in at the right moment with the right kind of efforts.

Most modern productivity apps are designed to enable us with this kind of capability — to produce controlled outcomes. Not only that, an assembly line way of function is a fantastic means to create a structure around recurring tasks.

Let me give you an example.

If you have been a part of a marketing team, your life pretty much revolves around campaign planning all the time. A challenge most commonly faced by marketers all over the world is to determine a structure around recurring campaigns — say the holiday season or the Super Bowl. And the only reason behind such an aspiration is to help reduce scope of error or to prevent missing out on really important things.

If I had to guess, most of us plan a campaign from scratch every year. We start with a blank canvass and try and map all the necessary deliverables every time from nada. But, what if you could use a template that clearly chalks out the campaign deliverables beforehand? Tweak it to fit your theme or the campaign unit for the occasion and voila — you have your campaign plan ready to go all fast and furious.

Isn’t this a more productive way to chase goals?

Brightpod campaigns for such a work productivity. By bringing structure to everyday tasks, a project team’s outcomes are far more perceivable, traceable and thereby empirical enough to be replicated whenever the opportunity demands.

So start by thinking of a project as a manufacturing requirement. Adopt nifty technological capabilities one would in a factory, and the outcomes are going to be far less idiosyncratic and more intentional.

I woke up to an email from a marketing agency to whether Brightpod can help them manage their marketing production pipeline. So, I decided to write a small article on how marketing teams can use Brightpod from idea to production.

In marketing, there are lots of moving tasks, feedback loops, deliverables, due dates and content pushes etc. How are you to process all of this while still staying sane and making sure your business is growing without putting a strain on your current resources? Our answer...

In project management, scope creep — the unwarranted bloating of a project’s scope — is all too common. Here’s everything you need to know about it, how to manage it, and the resources that can help you prevent it.