Know Whom You’re Writing For: Sending Emails to Foreign Contacts 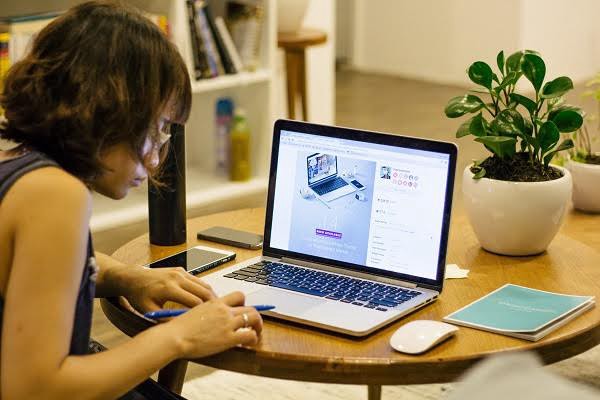 The world is getting closer together, through the Internet, which allows contacts on different sides of the world to get in touch instantly, and through businesses, which frequently work in multiple geographic locations. This diversity is one that has not previously been seen in the business world, but is increasingly an every day reality for digital marketers, who might work with clients from around the world. Communicating effectively across cultural lines and barriers, whether within your team, or with clients, can be difficult.

Taking the time to understand the person you’re writing for, how their culture works, and the important do’s and dont’s will help you to succeed, in-house, and when reaching out. Understanding cultures means that you can communicate more effectively with everyone, which will save you time, hassle, and misunderstanding.

If you frequently communicate with secondary or even tertiary English learners, it is important that you understand their level of English mastery. English, like many other languages, is difficult to master and busy professionals might not have the time to do so fully.

Meeting your clients halfway can be crucial to forming a relationship. For example, many people in China have to learn English in school, but they often don’t master it, as they learn the basics required to pass, and that is it. On the other hand, Dutch or Japanese English learners are often very good at mastering the language before using it.

One of the key elements of international communication is understanding your audience, and this means familiarizing yourself with their culture. If you’re randomly discussing terms and closing contracts with clients from around the world, this can be a hassle as you will have to learn multiple cultures.

However, if you frequently work with one or two cultures, it’s relatively easy to master the basics of email and communication etiquette. This is important, because every culture has different communication standards. For example, in many cultures it’s important to start an email with a greeting, to ask about the client’s family, or to make small talk first. In other countries, it is impolite to ask about personal life and emails should be kept brief and to the point.

You do want to start most emails with courtesy. The brisk, no-nonsense business emails of America are mostly only used in America, and they can be offensive elsewhere.

In addition, you should consider the following:

Using English for an International Audience

Many large companies advocate the use of simplified English, stripped of words that might have duplicate meanings, when communicating with an international audience. This form of English can take some time to master, and requires that you understand duplicate meanings, but you can master it with the simple usage of an online thesaurus while you write.

Homonyms — Double check words to ensure that they don’t have more than one meaning. For example: engaged, crane, rose, right, type, back, and many other words have more than one meaning. Most of us rely on context to identify the meaning, but a secondary English learner might not have that capability. You have to watch out for both homonyms, homographs, and polysemes, as well as easily confused homophones, which together, include over 400 words.

Referencing a list of commonly confused words can help you to make critical word usage choices when writing your email.

Spelling — Use the English spelling most common in that country. This means British English for most European and Asian countries. This also extends to names, for example an American period is a full stop in British English, and it’s important that you write based on what the reader learned. Some tools like the Briticiser will help you out for free while others like Bid4papers (paid) will help you fit the language to local peculiarities. For example, it can be quite confusing to talk about a boot and a lift in the American context when the reader learned British English and thinks you’re talking about a car’s trunk and an elevator.

Today’s workplace is quickly becoming a multi-cultural area, and even a single company can encompass multiple geographic locations, requiring coworkers to communicate with peers of different cultures and through language barriers. Learning how to email foreign contacts with tact, cultural sensitivity, and an eye for reducing misunderstandings will increase your productivity with those contacts.

Mike Hanski is a writer and content strategist for online businesses in various industries (education, writing services, consulting etc.). He spends a lot of time writing emails to foreign clients and after a few embarrassing mistakes started learning the rules of international correspondence.

Welcome to Boost — a Weekly Newsletter From Brightpod Boost is a once a week newsletter from Brightpod, handcrafted for the modern marketer, to he...

EmailEmails That Work: Here’s How You Make Email Marketing Holistic

Since the dawn of email marketing, its core purpose has remained the same — to send the right kind of content, to the right people and at the right tim...

EmailThis is How Writing Effective Emails Will Increase Your Productivity

Email has evolved to become one of the most efficient communication tools in business worldwide. We use it everyday, and always with some degree of success. ...