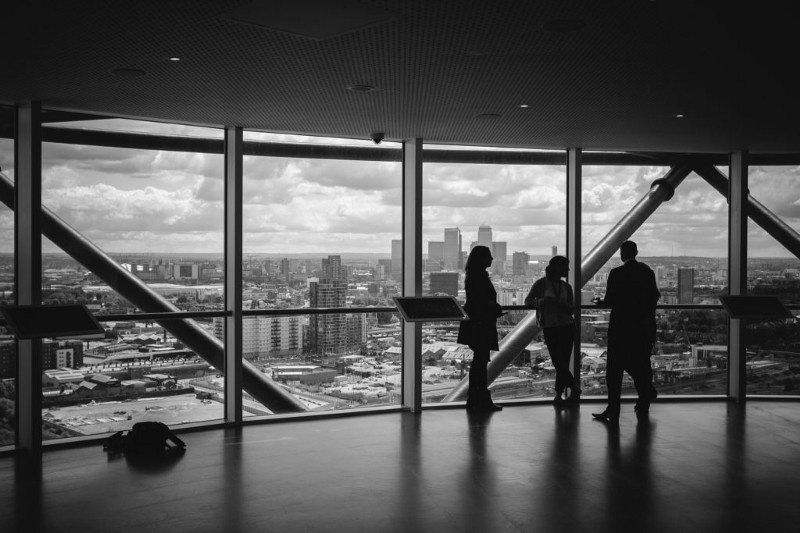 There is a note on my desk that reads “I survived another meeting that should have been an email.” I put that note there and yes, I hate meetings that are without an agenda, rob me of my productive hours and leave me feeling exhausted. I have finally found a way to put an end to all the pointlessness.

Meetings are to business what salt is to food. For some reason, meetings have become an indispensable part of today’s work cultures, whether you are a start-up of 5 or a factory of 500. The M word gets dropped so generously and unhesitatingly that you’d think human kind’s very existence was once agreed to by a team of some cosmic men and women, suited in black ties, locked inside a conference room, over copious amount of caffeine and doughnuts.

But my personal vendetta against business meetings is because of they’ve become noise centers — producing empty noises, and always without substantial content, context, and structures. And the worst part is that almost everybody agrees that this is an unfortunate part of the business culture but they cannot seem to break it or break away from it. These meetings are an obligation for most and rarely an event someone would want to attend.

In my quest to make meetings productive, it was important for me to understand the kind of meetings I was asked to lead and asked to be a part of. As a marketing professional, most of my meetings throughout the week are about catching up with the team, planning new campaigns, or to discuss and dwell over something that went terribly wrong the week right before.

In the case of people in more senior roles, add to the list the bimonthly or monthly meetings with the board members and senior leadership where all the big guns of the organization gather to discuss high-level business strategies and goals or something to get totally paranoid about.

The way productive people nail most of their meetings

A lot of the forward-thinking companies I know of have found some interesting ways to get their meetings to become productive, meaningful and, at times, engaging, And all their groundwork and tricks and tip for having productive meetings is something I have tried to draw from for my own inner circle of marketing folks.

Here is a handful of advice that I have picked from some of the smartest people I have worked with. Some of these are simple tweaks while some are more science-backed. But all in all, these have personally upped my meetings from being ‘just another scheduled obligation’ to meetings that are productive, efficient, and fun, too.

1. Ask: Do you really need a meeting?

The moment you start asking this question, you’ve ruled out half the meeting right there.

A lot of the times it happens that the meetings we’ve called for are the ones where only 1 or 2 have any real accountabilities and therefore they are the only ones able to talk about the matter at hand. The others merely end being the spectators to it. Instead, only invite teams when everyone’s inputs can map the course of the events from that point onward.

Call a team meeting only if everyone is accountable for the matter being discussed.”

2. Keep catch up meetings to no more than 5 minutes per person.

I have tried the 15-minute sprint meetings. And these really do not work unless you are Steve Jobs reincarnate.

The problem with the popular ‘15-minute meetings’ is that you end up rushing through the process, barely registering what’s being said. This is even more difficult if you are having the meeting with remote teams over Skype or a call. Plus, this advice fails to consider the human factor — what if someone in the room speaks slowly? What if someone has a lot more to talk about today? Do I rob them of their right to speak whatever it is they want to?

What helps is if you prepare the team to keep their updates as crisp as possible and preferably under 5 minutes. Down the line, all the filler words disappear and only real substantial things get spoken of.

Prepare the team to keep their updates as crisp and brief as possible.”

3. State the purpose of any meeting upfront

It even helps if you can have it up as a slide or scribbled on a white board.

Meetings become ineffective when we start talking about one too many things because most of us aren’t skilled at changing the conversation back to point where it started. Make the job easier by having agenda-based meetings where everyone consciously only talks about the matter stated. If needed, prioritize your meeting to be, first, about the main matter and then whatever else it is that everyone agrees to during it.

Plan and prepare for the overflow if a meeting can be about more than just the agenda.”

4. Make tasks and assign them to the team immaterially after a meeting

The most effective way to end a meeting is to assign responsibilities for all the tasks and decisions from that point onward. Make use of a handy project management tool or team workflows to map the accountabilities in a way where follow-ups happen on their own and timelines are kept in check by the people who’ve been assigned. Also, doing so provides clear, team-wide accountability for an individual.

Mapping the follow-up steps to any meeting helps map out the agenda for the next.”

5. Make clear the frequency with which meetings happen

Matters that are urgent and short-term oriented, such as revising the to-dos for the team or regular catch-up sessions, need to happen frequently. Big project meetings or strategic meetings, which tend to be more important than urgent, can happen less frequently and for a longer duration so that people have enough time to prepare, present, and dissent.

Avoid calling in the team at the end minute. No one is ever prepared for it and therefore no one contributes effectively.”

6. Make it a conversation whenever possible

Powering through a session with a laptop and a notepad is hardly a meeting that can be called fun. The only time teams have engaging interactions is when they are can find themselves passionately involved in the discussion. This only happens when people are, initially, consciously led into contributing to the meetings by way of constructive confrontation where they can challenge, improve, or agree upon matters being discussed.

The more you invite someone to speak up the more they will. Everyone longs to be a part of a valuable discussion.

The one thought that has kept me at ease these past few months is that I have progressively been grooming myself to make conscious life choices and in genera...