Here’s How You Should Be Rewarding Your Best Teams 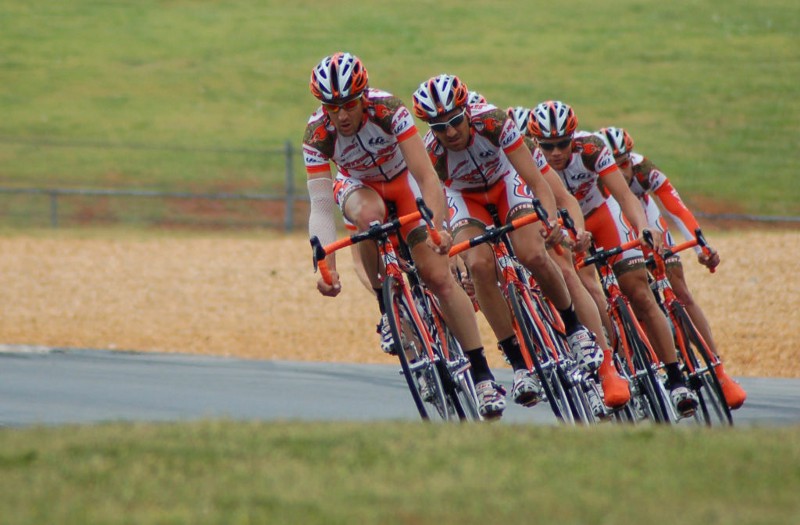 Over the years, numerous studies have been conducted to understand and identify the best rewards for top performing people. Articles have been dedicated to serving companies identify how they can keep their best talent motivated, and help them become more productive at their jobs. Fewer studies, however, have dealt with the subject of team rewards and how a company can recognize and shore up the efforts of a group of individuals instead of just one.

It is easy for us to assume that top performing individuals are representative of the teams they belong to. Ergo, their success, is in fact, the teams’ success. Which, to a large extent, is true. But recognition extended to one does not always trickle down to others. It is even possible that applauding the efforts of one among many gives rise to friction and unhealthy group dynamics. Instead, should an organization try to seek out and reward the efforts of, say a star team of four or a dynamic duo, the feeling of achievement, collectively, is more easy to fathom and definitely more relish worthy.

Sales people get a commission for every target they meet. The one’s who achieve outstanding targets are gifted beach vacations and extra pay. But, even today it is rare to come across companies that extend similar team-wide incentives that push everyone to strive towards a goal as a collective whole.

One reason why team incentives are not all that popular is because they give equal weightage to everybody’s efforts. In such a situation, star performers could feel their egos pinched when put in a position where their efforts are pegged at the same level as those of slow performers. One the other hands, the laggards could become complacent having done little work for big rewards.

The reality is that how much ever we try to defend the notion that it is only a handful talented individuals who really get the job done in a team, the fact is, everybody contributes towards achieving the final outcome, even if they do so in different degrees.

All teams have star performers and laggards, but when it comes down it, everyone contributes, in their own way, to the success of the team.

At the very least, team incentives help breed a healthier work culture, one where everybody helps out everybody else. And by doing so, they help polish and complement each other’s talents. It is good for teams to feel that benefits of working together really do reap positive outcomes, maybe more than working as individuals.

Praise the performers but don’t forget the team

New age companies are far more sensitive towards the issue of building and motivating positive team dynamics. It is here that you find that not only are individual rain bearers recognized and rewarded for their outstanding work, a word of appreciation is almost always extended to their team as well. Because more often than not everybody lends assistance to the success of everyone in a team.

Think of it like a game of football. The only way the last player is able to make that outstanding goal is because the guys before him played it well enough to make sure the ball reaches him for the winning strike.

Acknowledge a team’s work and remind them that it matters

Nothing makes a team happier than knowing that all the hard work they put in, is being recognized by the company. That feeling that you are a part of something meaningful is priceless and better than any monetary reward.

Make your teams realize how their work, as individuals and as a functional arm of the organization, directly helps the business stay true to its mission and meet its top level objectives. That’s the easiest way to get teams across an organization to feel invested in their job and work towards contributing to the bigger company-level goals.

Build a culture where collaborative work is celebrated with equal ethusiasm as those of individuals.

Understand extrinsic incentives work only to a small extent

Giving too many monetary perks (and all too often, at that), outlandish praises, or allotting titles that openly divide talent as ‘performers and non-performers’, is an unhealthy motivation. Especially if used for a prolonged period of time. Not only are these motivations unsustainable, extrinsic rewards create undue expectations from the organizations. When teams work solely for the perks, you run the risk of harboring unhealthy competition between teams, across all levels of the company.

For a team to consistently produce great results it is important to encourage some time off. Have them go to an offsite or let them have a couple of hours every week to work on things they like. Or else, have your teams work out their own schedules and build flexibility into their work days so that they have enough time to relax and rekindle their thoughts. As long as the team is clear about their accountabilities and deliverables, taking time away from work is something to be encouraged.

Let this post serve suggestions for better approaching the task of creating team incentives and team rewards. All things aside, it is important to understand that every team, at different points in their performance graph, respond to different kinds of incentives and rewards. Therefore, companies must pay heed to the dynamics of their teams to really understand how best they can incentivise the people and ensure the continue to collaborate productively and positively as a well-knit bunch.

TeamworkTeam Building Activities That Will Last You Through the Year

Here are some of our favorite group-friendly activities that cover the broad spectrum of concerns when it comes to team of all shapes and sizes - from creative fatigue to skill caveats.

TeamworkThings to Know About Working With a Content Writer

Today’s world is extremely well connected. You could be sat at home and in a matter of seconds be chatting to someone online, in full High Definition, who�...

TeamworkMarketers Take Note: A Sure-Shot Way to Drive Growth Is by Investing in People

One of the things you most frequently pick up at any marketing meetings these days is the term ‘growth’. And for obvious reasons, too. The need of the ho...